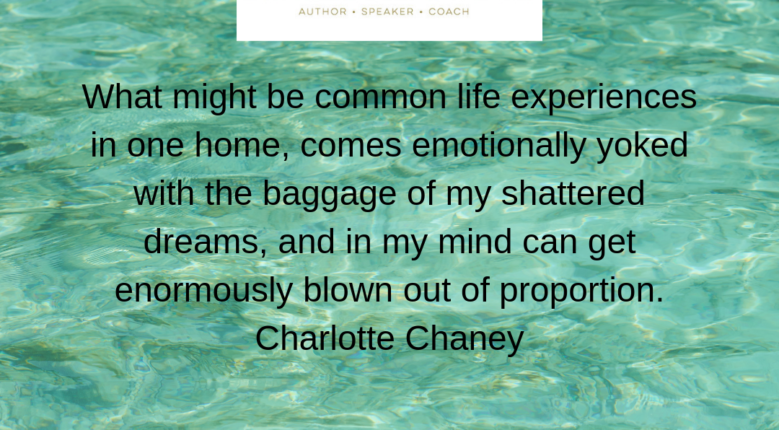 The Glimpse, A Look at God’s Provision in the Midst of a Storm

You mean You were listening?

If you saw my life, excluding the highlight reel on social media, you’d think something other than, “she’s got 8 kids, whom she desperately hoped and prayed would be running with perseverance the race God has set out before them.”

You might be surprised that I have spent hours of my life pleading with God for them all to be sold out for Him. In fact, the prayer for my boys and their father, before I met Bryan was, “may they love you more than I do.” So far it hasn’t exactly shaped up look like what I hoped. But this week, I got a glimpse of God’s promises and a renewed joy knowing He is listening, despite my weariness.

Substance abuse has fortified the toxic floor in my life, driving its unsteady spikes into the soles of my feet for most of my years. Substance abuse is the biggest nemesis to my peace, joy, and hope. Substance abuse and addiction have saturated my being and stolen hours of my sleep.

Nevertheless, I have begged and pleaded; but when I left my former marriage after 23 years, there was a part of me that simply believed that there are certain things in my life God will not remove.

When I met Bryan, I saw the answer to years of my prayers packaged in a person I had never even envisioned. While I had asked for specific qualities to show up my husband, God was in fact, doing something excellent that I would have to wait in faith for.

Of course, I did not know I was praying for Bryan, but there he was, the complete package of everything I had begged and pleaded God for year after year; all wrapped up in a non-substance-abusing-no-need-for-recovery-man of God.

That was stunning to discover, leaving me in awe; but what about all of our kids. Our children grew up in grossly dysfunctional, inauthentic homes, where toxicity was cloaked under the banner of Christianity. I’m sure most of them decided, ‘if this grand façade is what following Christ is all about, I’d rather wait for aliens than the return of Jesus.’

Don’t get me wrong Bryan and I both individually have cleaved to Jesus for years. However, as far as raising our children in homes where God’s grace and presence were more powerful than someone’s substance abuse, sadly that was not the case.

Six of our eight are between the ages of 20 and 25, two of them are 15. It’s an ideal time for us to see the reflection of what they grew up with, but this week I saw a glimpse of answered prayer.

I can’t get into all the details, but let’s just say there has been no more powerful source of pain in my life than the trigger of substances appearing in children. What might be common life experiences in one home, comes emotionally yoked with the baggage of my shattered dreams, and in my mind can get enormously blown out of proportion. The sad truth is I have actually had to place firm boundaries around people I would die for, after experiencing indescribable pain in a relationship I envisioned to be close and loving. The family I had prayed for years, “may they love You more than I do,” seemed to be nothing more than vapors from the desperation of my heart.

This week, however, I got a glimpse of something so unimaginable that I was suddenly reminded of God’s omniscience. Despite my accusations of Him having selective hearing and wearing earplugs as I’ve pleaded with Him for the simple and the pure.  All too often, what I have seen, has been a vague resemblance of the longing and the cries of my heart.

The glimpse was enough to sooth my deepest fear, nourish the scalded part of my being; the part where ‘impossible’ has been tattooed over the faith in God’s promises. This week’s glimpse was enough for me to realize God has been listening, and a reminder that despite not letting me chose the way, He has a plan. Though I’ve all but abandoned hope in certain areas, He has been answering all my prayers in His own sweet style.

I wish I could say I have praised Him in the storms of my life, even where substance abuse has rained shards of glass into my hope, but in all honesty, I have let disbelief trump what I know to be true. Grace is His provision, even when the faith of a mustard seed seemed impossible to produce and He’s pouring His grace over me.

What are you asking for that seems like God is overlooking? Could He be doing something greater than you could begin to ask for, as He has done for me?