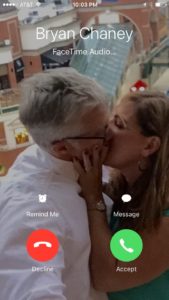 “God, do You think I could have a boyfriend?”

It was August 14th, 2015, the night before my book signing at the Christian Bookstore in Frederick, Maryland. I always have an ongoing dialog with God but this was the first time I had ever even mentioned such a thing.
It had been a great summer. I was enjoying the freedom of being out of an emotionally abusive marriage. I was doing tremendous work on my healing journey. I didn’t need a boyfriend, and whoever God had in store for me, would have to be ok with my commitment to sexual purity.
The book signing was an hour away. To be honest, it wasn’t the busiest book singing ever, but suddenly my life changed.
“Are you Charlotte?” He was a powerhouse of energy with a deep, steady voice.
“Yes,” in case he couldn’t tell with my picture on the banner next to me, and on the books on the table? 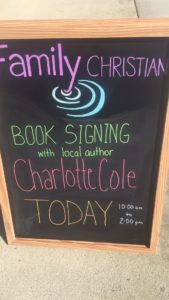 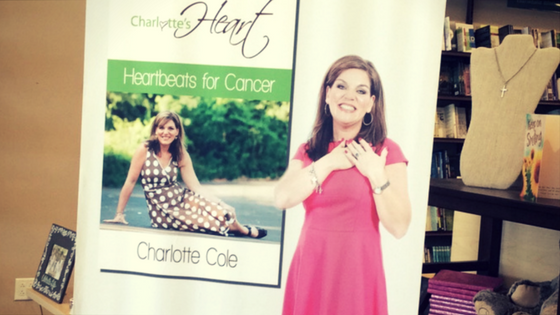 The words flew out of him at what felt like a million miles an hour. What I heard was “Tim Atkins” someone whom I greatly respect and knew well in Annapolis. Tim had seen I was in Frederick; he sent his buddy in to come ‘check me out.’
In the flurry of energy, I heard, “I built a church,” “Attend a weekly men’s group called Waterboyz” – along with a great explanation of who they are and what they do. He shared how he had “tried for 23 years” to make his marriage work. He had been through similar pain as he “was fired from a position at church for having to finally leave the marriage,” for the same reasons I did. “Wild at Heart,” “four kids” and some other things that blew me away. He was cute but I didn’t notice that right away.
There were so many things we touched on that I desperately wanted to learn more about. I asked Bryan if we could have lunch sometime so he could explain to me about an essay he wrote on the Bible, divorce, and what he discovered about emotional abuse in Christian marriage.
Like a tornado, which blew through and stirred my soul, he was gone.
I was beside myself. I didn’t know what had just happened. On the way home that day, I felt so different. I felt alive.
Instead of the Christian radio station, where I had safely hidden from the world for so many years, I entered Blues Traveler into my iHeart Radio app. Blues Traveler was a band I used to listen to before I got married. Something was different inside. I felt alive. I could not quit smiling.
When I got home and took my son to dinner, he asked me, “Mom, are you on drugs?”
The truth is, I am sober ALL THE TIME. I suppose he saw something he’d never seen before. I felt intoxicated with the very hope of finding anyone who shared my values and made me feel this way. It must have been a great thing for my son to see, after witnessing so much heartache, but a scary change, no doubt. 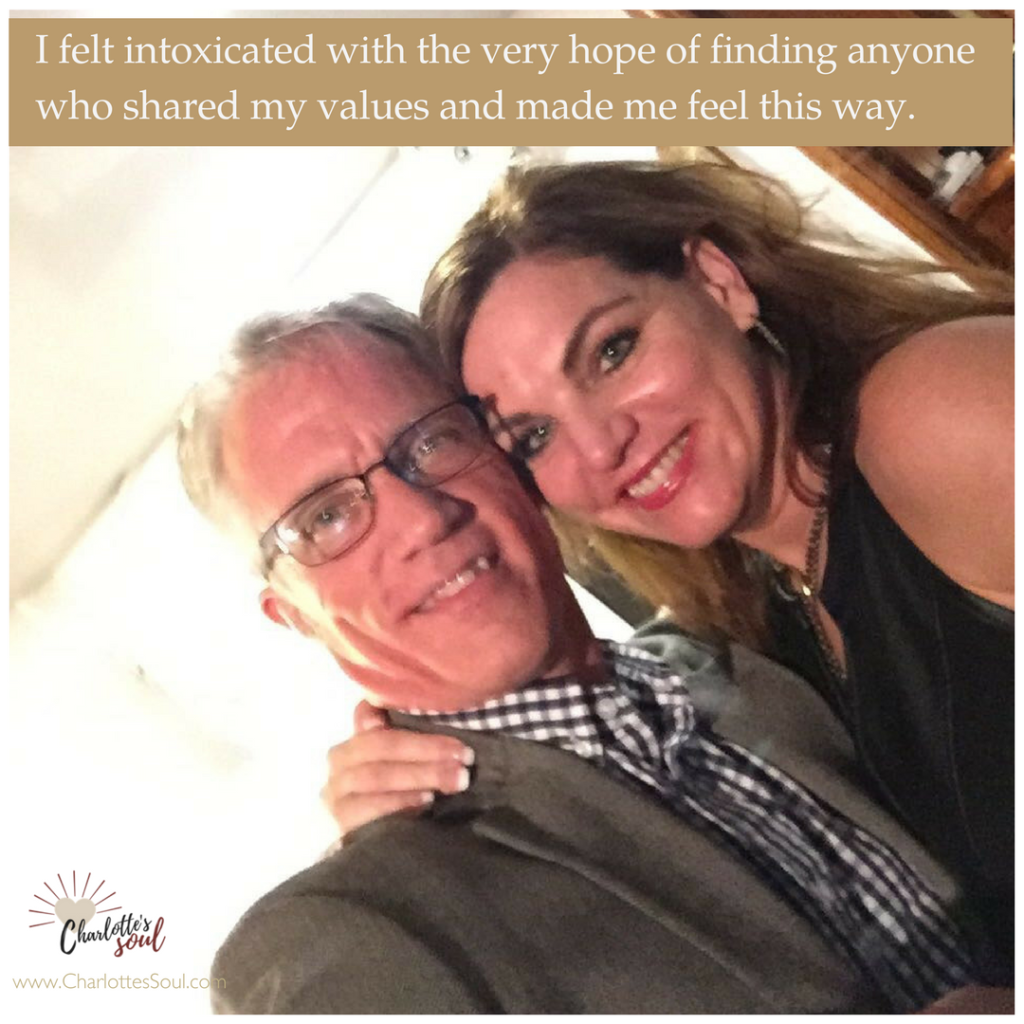 “No,” I said, “I just met someone today, and I can’t quit smiling.” I went home that night and went through his Facebook profile. I realized in addition to our passion for God, suffering painful divorces and the judgment from many who let us down when we had to walk the most painful roads of our life, we are dedicated parents. We had a ton in common.
“I’m stalking your Facebook,” I wrote him, later that night.
“Stalk away,” he flirted with me. I hadn’t flirted with anyone since well before I was married. Suddenly I couldn’t eat, sleep or hide what I was feeling.
We were an hour apart, and texting was taking off. On Wednesday, he sent me a scripture. I accidentally sent him a kissing-emoji. I was blown away that anyone would do something that touched my heart so completely.

Song of Solomon 2:12
The flowers appear on the earth, the time of singing has come, and the voice of the turtledove is heard in our land. 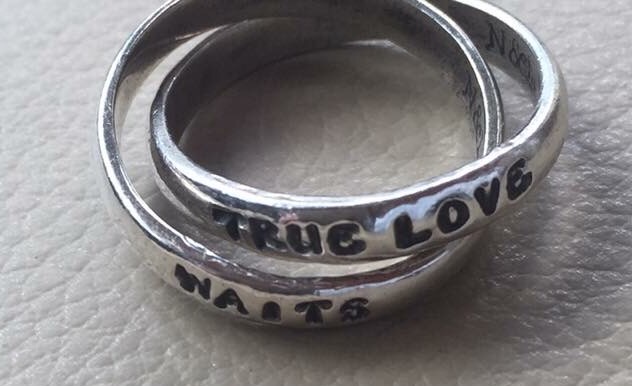 There began our love story. It started with a seemingly small prayer, “God do You think I could have a boyfriend?” Bryan ended up, not only honoring my commitment to sexual purity, but he went out and got a purity ring to match mine. It was through times of great temptation that I saw what he was made of and knew I never had to worry about his faithfulness to God and me. 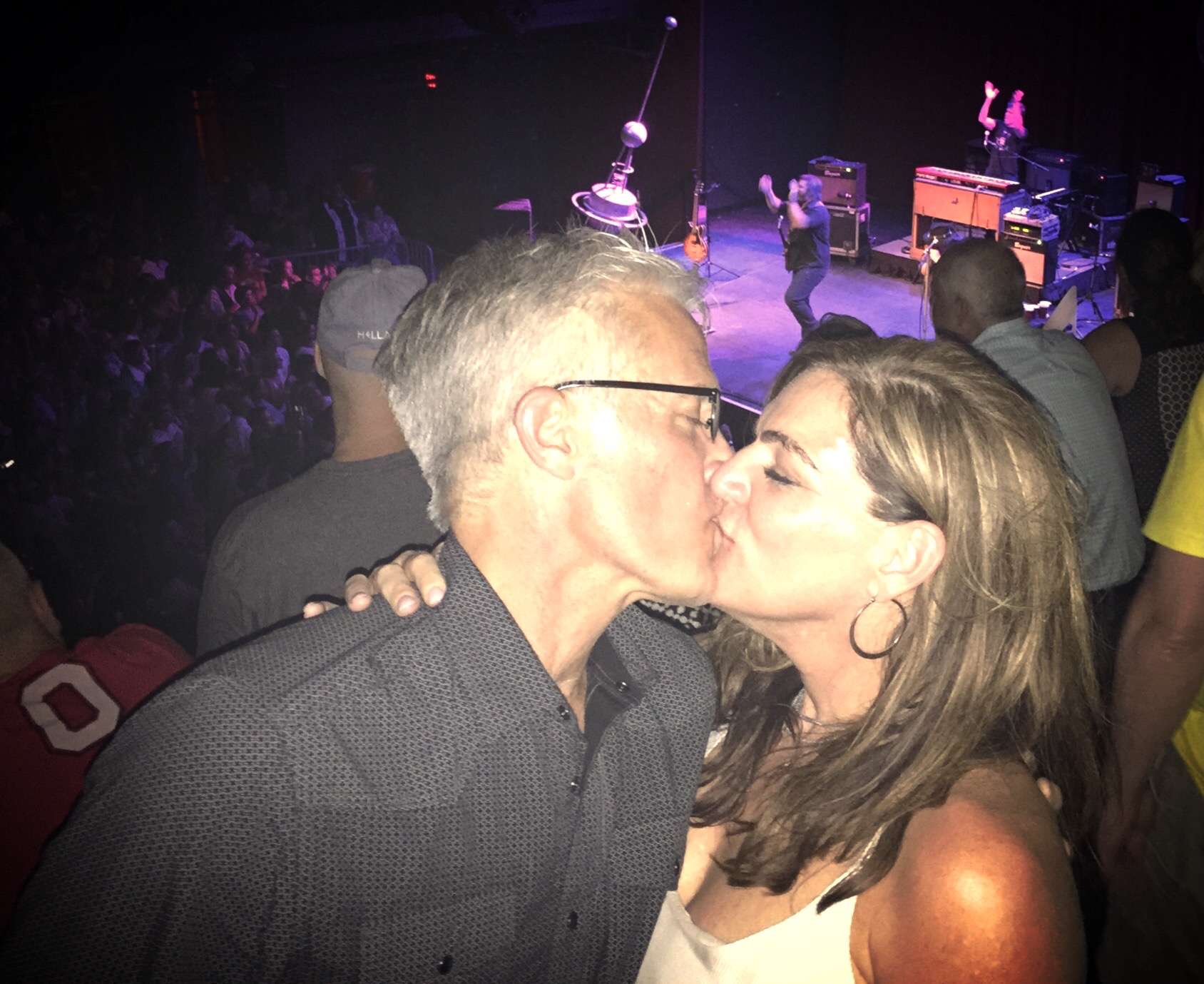 We had a couple of lunches and the 1st kiss. It felt like I had never been kissed before. He invited me to a concert. It was the Blues Traveler. The concert was to the exact band I had put on my playlist the day I drove home from the book signing, as I felt alive for the first time in years.
It was at the Blues Traveler concert that we fell in love forever. It was there that I knew I would be leaving Annapolis and moving to a town I had still yet to see. I was scared. There were so many unknowns. Bryan held me and prayed powerful prayers over my fear and our future.
Our love was a secret, as my divorce had not yet been finalized. People could see something was different with me. I got all kinds of warnings. Stopping our love, felt like preventing a steam engine from barreling down the tracks, with your finger. We tried to hide it, which was killing us since we are both truly public people.

What was taking place was radiant. We had the peace of God, and the counsel of our pastor, though we faced the judgment of man.

Behind the scenes was the pain of my divorce. My family faced a devastating public trauma. Introducing our children was almost painful enough to be a deal breaker. There were the droves of people, family, and friends, who rejected what was happening and warned us. Technically I was married to another man. At that point, we had all learned of the infidelities that had begun while I was still in my home. The betrayals I previously knew nothing about were now smeared all over the papers. I realized that in the eyes of man, I was legally married to someone but in the eyes of God our marriage ended the moment he shared the sacredness of our sex life with one or more other women.
Although chaotic emotions were all around me, I was at peace. God’s timing was perfect. My actual divorce was as emotionally abusive as the marriage was. If God had not given me Bryan to walk beside me through the trials, I can’t imagine where I would have ended up.
By Thanksgiving, we had met each other’s families, and Bryan had asked my father if he could marry me. Christmas day 2015 we were engaged after our ship ran aground some days after we passed through the Panama Canal. We were with my extended family, Bryan’s kids, and two of my sons.
Thirty days after the divorce was final we were married in the courthouse. Our pastor joined us with our children on Thanksgiving Day 2016, for a ceremony before God. A celebration with our extended family and friends followed the summer of 2017. Loved ones came in from all over to celebrate this wonderful love story.
People think it’s too good to be true, but if you look closely, you’ll see that it came when two people abandoned every dream and hope and followed God, regardless of what man thought or said. Our relationship began with a prayer, it was founded on sexual purity and scripture. We endured trials like you can’t imagine, but we had each other, and most importantly we have God. We begin each day with the word of God. We pray about all we do. We honor, respect and serve each other. We are human, and we fall short of the glory of God like everyone else, but He is always there for us. We both desperately wanted God to save our former marriages, and we now celebrate immensely the fact that He didn’t. We don’t know how long we will have together, but we are asking for fifty years. We have eight children combined. I think we could possibly have thirty grandchildren. 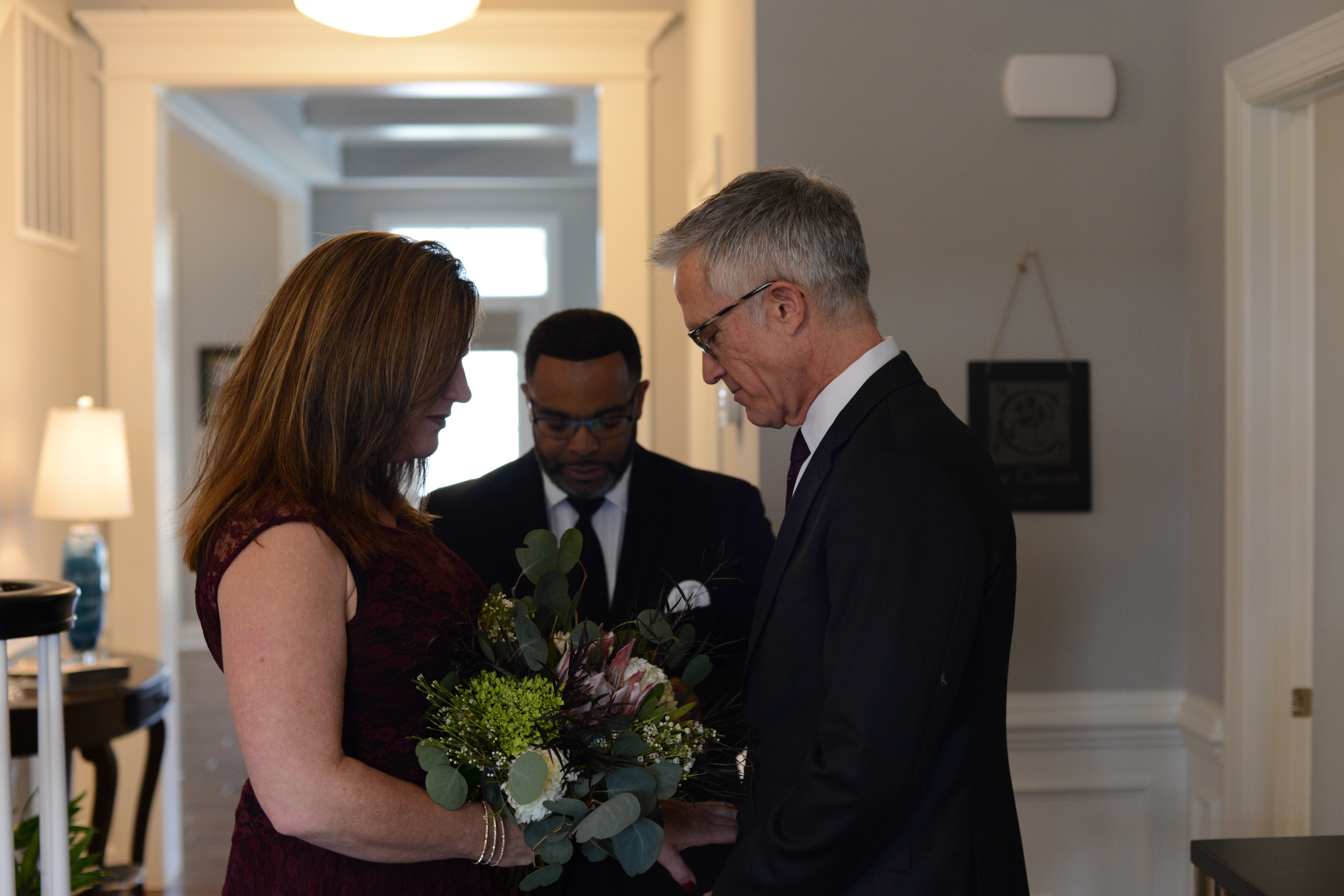 It’s the greatest love story I’ve ever heard, and I get to live it every day.

I’m a life coach. Bryan has become a certified divorce coach so he can help others who must walk the devastating road of divorce, with dignity, strength and a thought-out plan. Please consider hiring me if moving into an environment where you can be free of toxicity or closer to God feels like the next right step.

I will work with you to help you be prepared for life with Wholeness for your Soul Through Balance ~ Spiritually, Environmentally, Emotionally and Physically ~SEEP~.